Redmond's Re-Lyte Electrolyte Mix, but in handy small packages for on the go! This way you always have minerals with you that come from a 100% natural source, free from unnecessary junk and sugar. One package contains 30 sticks.

ABOUT RE-LYTE ELECTROLYTE STICKS
After the earlier pots of Re-Lyte Electrolyte Mix you will also find these handy sticks in our range. Extra handy for on the go, so you always have healthy minerals with you. What makes Redmond's Re-Lyte so unique? It contains almost twice as much sodium (salt) as most mineral mixes. This makes it work more efficiently, but also gives it a slightly salty yet fresh taste. Where many people are now familiar with it Real salt from Redmond, these minerals naturally come from the same protected underground source!

The Re-Lyte Electrolyte Mix is ​​also known for not being overly sweet like other brands, but keeping a good balance in it. It contains a 2: 1 ratio between sodium and potassium for optimal recovery from workouts and over 60 different minerals

ABOUT REDMOND RE-LYTE
Re-Lyte is one of the well-known (and newer!) Brands of Redmond. Redmond is known for the high-quality minerals it extracts from the underground mines in Utah. According to geologists, the source belongs to an ancient inland sea. This was probably part of the Sundance Sea, bringing the source back to the Jurassic (Jurassic) era. Over time, the salt from the water has drawn into the soil and slowly landed at the town of Redmond in Utah.

Thank you for your review!

Good, tastes fine too, not too sweet. Pricey.

Fantastic, relatively more expensive than the pots, but very nice to be able to take the 'sticks' with you separately.

I am super happy with the Re-Lyte Electrolyte Sticks Packs. Taste is great and super handy to take with you on vacation. And the delivery was also top, within a day I received my package. Thanks for the fast delivery and good service!

Oh how handy this is! We are active outdoorsmen and use our electrolytes as a basis in our diet. It is difficult to carry that big pot every time. And on the boat you quickly run the risk of too much moisture accumulating. Now that is no longer a problem! Hoppa a handful of bags in the bag and always a good measured amount in our drinking cups. So great idea. 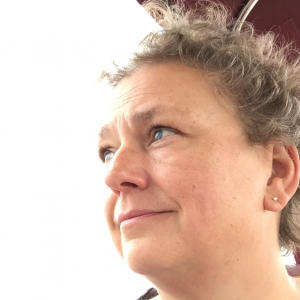 16,15€ 17,95€
With the Keto Electrolytes from KETOSUPS you supplement your daily requirement for the minerals sodium, potassium, magnesium and calcium. These electrolytes support your keto diet and ensure that you get the most ...

17,95€
The mineral powder of Keton1 replenishes important minerals and vitamins that you really need in a ketogenic diet. Easy to dissolve in your favorite drink!

44,95€
Redmond's Re-Lyte has been carefully composed by a team of health and fitness specialists. The Re-Lyte Electrolyte Mix contains all important minerals and comes from a 100% natural source, free ...

19,45€
The MCT fats from KETON1 are the fats that can optimize your ketogenic diet even further. They offer many advantages and are very easy to use as a powder!

29,95€
Chocolate milk, but with a healthy dose of collagen! Good for skin, hair, nails and joints. Both hot and cold to drink.

39,95€
This Planet Paleo organic bone broth is rich in collagen and healthy proteins. Available in powder form for easy use, simply dissolve it in warm or cold water!

26,95€ 29,95€
Coffee, but with extra MCT fats and high-quality Collagen! Creamy, delicious and easy to make, ideal to start the day.

22,95€
The world's first 100% bovine collagen! This collagen powder from Hunter & Gather is the perfect support for your nails, hair and joints. Packed in a fully recyclable bag of 400 ...

24,25€ 26,95€
Boost your energy with the MCT powder from The Friendly Fat Company. This is the MCT powder for your favorite drink, with only the shortest C8 fats for the fastest ...

10,73€ 21,45€
The grass-fed bovine collagen from Keton1 is a good support for your keto diet. This collagen powder is unique due to the combination with C8 and C10 MCT fats!

8,95€
You will find a source of fiber in the organic Psyllium husk fiber from Mattisson. Ideal when you need extra fiber or a binding agent in your recipe. So...

Sale 56%Out of stock

10,95€ 24,95€
The C8 MCT Oil from Mattison gives you the boost of energy that you can use every day. Increase your ketone production by adding it to your bulletproof coffee, salad ...

Sale 56%Out of stock

39,95€
The Heart, Liver & Wildpicked Herbs combines the best of both worlds. Rich in very absorbable CoQ10, Vitamin A, B12, Riboflavin, Copper and more.

27,96€ 34,95€
With the Matcha Latte from Planet Paleo you can easily make your responsible Keto Matcha Latte. Rich in collagen, antioxidants and of course also very tasty!

29,95€
The Keto Meal Shake from Mattisson is a delicious and easy addition to your keto adventure. Rich in healthy fats, MCTs, protein, minerals and vitamins. Ideal if you just ...

9,48€ 18,95€
Your favorite protein shake during a ketogenic diet! Completely vegetable and equipped with extra MCTs for the energy. Sweetened with stevia and with a delicious soft vanilla flavor.

NewSale 50%Out of stock

49,95€
Redmond Re-Lyte Pre-Workout with the qualities you would expect from Redmond. A rich blend of minerals, BCAAs, Beta Alanine, Caffeine and other performance enhancing natural products. 100% motivation, 0%...

34,95€
Liver: The multivitamin from mother nature: but in an easy capsule! Hunter & Gather's liver capsules are made from 100% lamb liver extracted from wild grass-fed Icelandic lambs. Raw...

19,96€ 24,95€
Mattison's Absolute Red Keto Oil combines the power of MCT oil with Astaxanthin. This not only gives you a boost of energy, it can also support you further with ...

32,95€
MCT-Powder, but combined with the power of Lion's Mane. The ultimate boost for your energy, focus and memory. Free from unnecessary additives.

29,95€
Planet Paleo's Keto Collagen is a powerful combination of collagen and C8 MCT powder. With collagen derived from grass-fed cattle and a superior MCT oil from coconuts, you...

18,76€ 23,45€
The power of MCT oil combined with avocado, macadamia and lime oil. Rich in healthy fats and Omega 7. Good for fat burning, skin, satiety, energy and much more!

17,95€
A powerful combination of C8 and C10 fatty acids for a quick boost of energy. The MCT oil from Keton1 is made exclusively from coconut fats and stimulates the production of ketones.

47,95€
Re-Lyte Immunity is a refreshing support for your immune system filled with vitamins, minerals and herbs. All ingredients are carefully selected to support and strengthen your body, without unhealthy...

24,45€
The Red Nataxtin MCT oil from Keton1 is a powerful combination of C8 & C10 MCT fats and no less than 4mg astaxanthin per serving. This boosts your energy production (ATP), supports...

34,95€
Capsules made from 100% lamb heart. The heart is considered one of the most nutrient-rich sources of CoQ10, enzymes and cofactors that contribute to optimal health and function of ...

You have successfully registered!